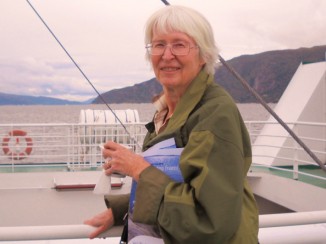 March 11th 2016 brought the news that our government intends to increase secret surveillance in Norway. The Minister of Justice will have the police carry out new types of surveillance, without having to obtain a court order beforehand, including secret searches of homes, placing of secret microphones and cameras, hacking into private computers to obtain mail correspondence but also to monitor running activities such as drafts of mails which are never sent. (Links here, here and here).

The motivation behind this is to prevent terrorism. But the proposals will cover all “serious crime”.

The effect on family life with children

Having paid some attention to the public debate about children in Norway over the last twenty years, I have seen groups of people, such as politicians and lawyers / jurists concerned with ‘child rights’, develop a way of thinking of nearly anything negative in children’s lives as very serious offences against them.

It is as if they truly believe that children should grow up in padded cells and never get acquainted with sorrow as well as joy, setbacks as well as success, uncertainty and danger being part of life that one needs some experience of.

The Minister of Justice proposes here:

(Types of cases where this will be applied are e.g. crimes such as killing, terror, human trafficking, deprivation of liberty, abuse of children, and mass destruction weapons, mainly carrying a sentence of 10 years or more or imprisonment.)

10 years may sound reassuring, but we are on a slippery slope, very likely. This is seen from the debate: Serious politicians mention the possession of child pornography as a reasonable target for such surveillance Dagsnytt 18 (the daily news at 6 pm). This topic starts at 00:56

Children are clearly in people’s minds and no doubt anything called ‘violence’ against children is covered by ‘abuse’.

So I think it very likely that such surveillance as they now plan will be snapped up as a possibility by the child expert professions, and carried out in any home with children if Barnevernet (the CPS) sees fit to do so, nobody in Norwegian public life protesting very much.

There are already CPS cases in which the CPS has planted people in the home to sit there and write down whatever the family members do (or their ‘interpretation’ of it). In addition to driving the family out of their minds, it is of course used by the CPS as proof that the family is an unfit place for children.

There is already a mental climate in Norway that does not greatly object to total nanny-state monitoring of everything. An example is that psychology expert Einar C. Salvesen, who holds the abduction of the children to be a tragedy and wants to help them, had no reservations to suggesting an alternative method which he thinks the CPS might have done well to use: put a CPS worker or a psychologist in the Bodnariu home, to be there 24/7, to observe what they did and advise them on their treatment of the children. He also recommends that not one psychologist but a whole team of psychologists should evaluate any single CPS case. But actually, that is what they do already, just in a slightly different way: They often evaluate other psychologists who have been engaged in the case at an earlier stage. It is very rare that this helps the family, and it has certainly not led to any revolt among psychologists against the way most of them conduct their work in CPS cases.

Marianne Skanland is a Professor Emeritus of linguistics at University of Bergen, and has spent many years researching and criticizing the Norwegian CPS.